We are thrilled to announce the debut release of the ‘Quem Te Viu’ by Brazilian based vocalist Martie. Quem Te Viu is the first Brazilian release on Dot Time Records since the signing of our new distribution and production agreement (more on this news later) with the Brazilian distribution company Tratore.

Originally from the Netherlands, Martie relocated to Brazil to further pursue her love of the Brazilian MPB (Música popular brasileira), a style made famous by the likes of João Gilberto and Tom Jobim. In Brazil Martie teamed up with Brazilian pianist and producer Claudio Dauelsberg resulting in the production of this album. Quem te Viu features the creme de la creme of the Brazilian music scene and presents a set of MPB classics along with reinterpretations of the Lennon and McCartney classic “Black Bird” and Sting’s “Thousand Years”. This Album is contemporary Brazilian music at it’s best. 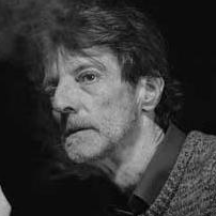 Your feedback is valuable for us. Your email will not be published.